The single word that could perhaps best describe the period of American history known as the Great Depression is perseverance.  When the stock market collapsed on October 29, 1929, people from all walks of life were affected.  Ordinary people, from doctors to waitresses, had invested their life savings in stocks and were suddenly penniless.  Industry responded to the collapse by drastically cutting back production levels since no one had the ability to buy their goods.  Workers were subsequently laid off from their jobs and thousands of businesses were soon forced to close.  By 1932, one in every five workers - over 12 million people - were out of work.

In the face of record unemployment and bread lines that stretched for blocks, the spirit of the average American fought to stay strong and find innovative ways to survive until the country could recover and opportunities would again be available to every hardworking man.

In 1933 Franklin Delano Roosevelt began his first term as president, enacting the Emergency Banking Relief Act which provided loans through the RFC (Reconstruction Finance Corp. - a government bank for banks).  He separated commercial from investment banking through the Glass-Steagall Act and created the FDIC (Federal Deposit Insurance Corp) to protect the people's deposits at the banks.  This helped to restore people's confidence in the banking system.

To help with high unemployment, FDR created the CCC (Civilian Conservation Corps),  taking more than 3 million young men between the ages of 17 and 23, and putting them to work building dams, digging ditches, planting trees and fighting fires as a means to preserve the country's natural resources.  Likewise, Roosevelt created the WPA (Works Progress Administration), giving jobs in place of handouts to over 8.5 million people building roads, bridges and parks.  Basic, unskilled laborers received seventy-eight cents an hour and were limited to not more than 30 hours of work per week.

The New Deal, as FDR's plans came to be called, did help to address basic needs and give people hope, but it wasn't until WWII that the country was able to fully recover economically. 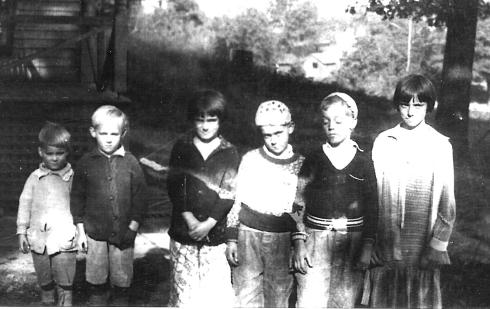 From "PEANUT BUTTER FOR CUPCAKES, A True Story From the Great Depression"