READING: After reading ORPHAN TRAIN TO KANSAS, or another book or article on the orphan trains, test students' comprehension with a version of the game "20 Questions."

Write the names of the people featured in the reading on individual slips of paper.  Divide the class into two teams.  A member of one team draws a name and "becomes" that person.  Members of the other team ask questions that can be answered "yes" or "no" to discover the identity.

Give teams one point for each questions asked and five points for an incorrect guess.  At the end of each round (set a time limit, or decide how many questions can be asked), the team with the lowest score wins!

SOCIAL STUDIES: The Orphan Train Era began prior to the Civil War and ended on the eve of the Great Depression, yet this mass migration of children is rarely mentioned in student textbooks.

Have students create a time line from the mid-1800's to the mid-1900's showing what was going on in the country during the years that the orphan trains carried children throughout the nation.  Some of the events that could be included on a time line are: westward migration on the Oregon Trail, the Pony Epress, presidential elections, Civil War battles, the sinking of the Titanic, World War I, Charles Lindbergh's transatlantic flight, the enactment of laws governing adoptions and regulating child labor, etc.

Challenge students to add events from local, county, state, national, and world history to the time line every day.  This could be an ongoing project!  It will help students see how the pieces of history fit together.

ART:  Have students create photo collages or other illustrations using computer graphics to represent the experiences of orphan train riders.

Choose an orphan train rider and create a drawing, painting or diorama that illustrates the changes he or she experienced when "Placed Out".

DRAMA:  Write and perform a play about an orphan train rider's experiences.  You might want your play to depict the train ride itself.  Most children who boarded orphan trains had never ridden on trains before.  What would it have been like for them?

Or, your play could depict the selection process where children were examined by prospective parents.  Sometimes agents had children recite poems or sing.  Find out what the selection process was like for riders, then act it out!  Be creative - there is a lot of drama in the stories of orphan train riders.  WIth careful research, this could turn into a History Day project!

2.                  Children of the orphan trains were not able to write letters directly to family or friends without first having the letter sent to the Children’s Aid Society for approval to be sent on to the addressee.  Letters were found in the CAS archives that Oliver and Edward wrote to one another which were never forwarded, thus keeping the brothers in the dark about what was happening in one another’s lives.  Imagine that you are Oliver living on the McCammon farm and write a letter to your brother Edward.  Or, imagine that you are Edward and write to Oliver.

4.                  Choose ten words that are relevant to Orphan Train To Kansas and build a word search puzzle.  Trade puzzles with a classmate and try to solve.

7.                  With several classmates, write a short skit about a scene from the book.  Ideas could include... 1.  What it was like to line up on the Opera House Stage to try to find a family to live with…  2.  Oliver and Edward discovering baby chicks… 3.  Leaving school and getting lost in a snowstorm… 4.  Oliver’s experience in the Powerhouse Jail… 5.  Building a sod house… 6.  Meeting Estella on the train to … etc.   Take turns performing your skits for the class.

10.              On a map of the United States, locate NYC and Bern, Kansas.  Draw the route between the two locations and determine the distance in miles.   Oliver's trip took three days.  How many miles did he travel each day?  Looking at a topographic map of the U.S., discuss what Oliver and Edward might have seen when looking out the train window as they traveled through each state.

PEANUT BUTTER FOR CUPCAKES: A TRUE STORY FROM THE GREAT DEPRESSION 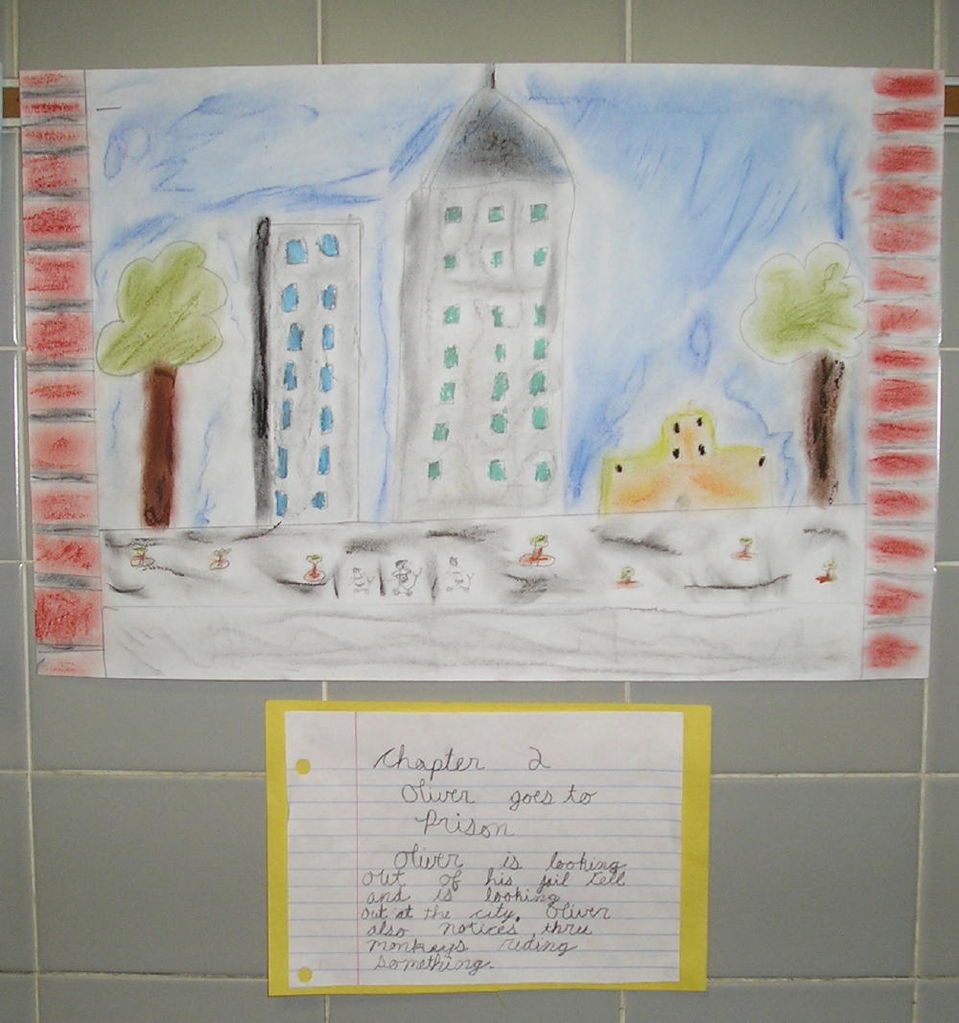